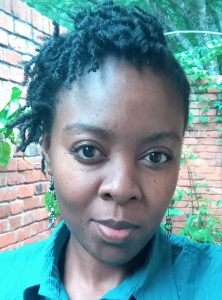 Primrose is a health and human rights activist concerned with sexual and reproductive health and HIV/AIDS, particularly with respect to women and sexual minorities. She currently leads the National Sex Work Programme “Sisters with a Voice”, implemented by CeSHHAR on behalf of the National Aids Council (NAC) and the Ministry of Health and Child Care (MoHCC) in 10 static, 23 highway mobile clinic and 24 local mobile clinic sites across all 10 provinces of Zimbabwe. The programme served more than 25 000 sex workers in 2019. Prior to taking up her role as project lead for the key populations programme Primrose led research on the effect of prices, distribution strategies, and marketing on the demand for HIV self-testing in Zimbabwe.

Primrose has worked in the fields of health and human rights in Zimbabwe for the past 20 years and has experience in research, programme and organisational management. She studied for her Bsc Honours in Politics and Administration with the University of Zimbabwe and her MSc in Public Health with the London School of Hygiene & Tropical Medicine. In 2012, Primrose was awarded a Commonwealth Professional Fellowship focusing on human rights, public health and health advocacy. Primrose served as a member of Zimbabwe’s Country Coordinating Mechanism for the Global Fund to Fight HIV/AIDS, TB and Malaria between 2009 and 2011 and as the vice chair of the Regional Coordinating Mechanism for Mozambique, Zimbabwe and South Africa (MOZIZA) for the Global Fund to Fights AIDS, TB and Malaria.

Every loss to COVID-19 devastates loved ones and colleagues. We at the IAS–USA deeply grieve the passing of 2 giants in our community: Dr David A. Katzenstein (https://bit.ly/39uxKk9) and Dr James G. Hakim (https://bit.ly/3tb8FlV). May their memories continue to inspire us.

#BumpItForward aims to get vital equipment & supplies to frontline workers & support the most vulnerable.
Here's what this initiative can do for frontline workers & #sexworkers in Zimbabwe & other African countries:
https://www.lstmed.ac.uk/support-us/bump-it-forward
@LSTMnews #COVID19

#LSTM has launched its 'Bump It Forward' campaign.

Please donate the equivalent cost of your #CovidVaccine to protect frontline workers in African countries until the vaccine reaches them. #BumpItForward #COVID19 #vaccine

More info and to donate: https://bit.ly/3sIzWvP

#sexworkers are a high HIV-risk group. We investigated the impact of #COVID19 lockdowns on sex work, access to #HIV prevention services & perceptions of COVID-19 risk in Zimbabwe. Findings were presented at the recent @HIVR4Px conference @FortunArty

A week from his passing, we reflect on his life and legacy.

#LSTM has launched its 'Bump It Forward' campaign.

Please donate the equivalent cost of your #CovidVaccine to protect frontline workers in African countries until the vaccine reaches them. #BumpItForward #COVID19 #vaccine

More info and to donate: https://bit.ly/3sIzWvP